Build your own package

Thousands of parties to date

We’ve tried & tested them all 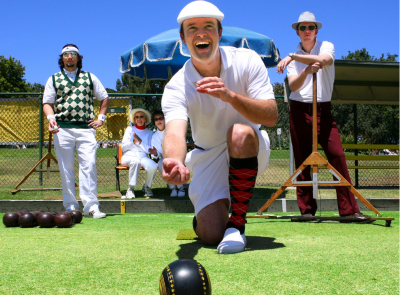 Ladies, are you willing to ditch your heels to try out the latest hen and stag party craze?

Hens and stags are always looking for new hen and stag party ideas to make their special weekend a bit different.

That’s why HenandStagSligo.ie are constantly on the lookout for stag and hen do ideas that stand out from the norm. Last winter, we added firewalking to its list of fun ideas for hen and stags parties who were looking for something more daring than cocktail making. Now, we have added a quintessentially summer-themed activity into the mix – Whack the Jack Lawn Bowls. But don’t worry, Jack’s not the instructor, it’s just the name of the small ball you have to hit during the game! The objective of the game is to roll balls so that they stop close to a small ball called a ‘jack’.
The activity takes place on a brand-new all-weather professional astro bowling pitch where the fun Scottish instructor – not called Jack – and his team will give you a day to remember. While there might be a competitive edge to proceedings, the team provide a number of fun games and challenges – including ‘Killer Bowls’ and ‘Dare to Bowl’ —with funky tunes in the background, setting the tone for the night ahead. It also gives hens a good excuse to ditch the heels until that night as only flat shoes are allowed!
Although it might sound sedate, Lawn Bowls, which dates back — in a rudimentary form — to the 13th century, was actually banned in England by a number of subsequent kings and parliaments. Apparently, people were spending too much time playing bowls and not enough time practicing archery — which was needed for battle! Even when the need for archery diminished, bowls were still banned for around 400 years as bowling alleys were connected with taverns and frequented by undesirables! A bit different to the image Lawn Bowls has today.